The history of this ancient Church during 4th to 15th centuries reveals the fact that it was in friendly relations with the Church in Persia. There is a tradition that a group of 400 immigrants from Persia arrived in Malabar in AD 345 under the leadership of a merchant named Thomas of Cana, known as Knaye Thommen. Mention is made also of another immigration from Persia in the year AD 825 under the leadership of a Persian merchant named Marwan Sabriso with two Bishops named Mar Sapro and Mar Prodh. They landed in Quilon. King Cheraman Perumal gave them land and extended to them special privileges, inscribed on two sets of Copper Plates (in Malayalam “Chepped”). Three of these are still in the Old Seminary in Kottayam and two are at the Mar Thoma Church Head Quarters, Tiruvalla. The Portuguese started settling in India with the coming of Vasco De Gama in AD 1498. They established their power in the 16th & the 17th centuries. This was also a period, which witnessed far-reaching effects of the missionary adventures of the Roman Catholic Church. At this time, the Portuguese were powerful in the eastern areas and had control of the sea routes. The Roman Catholic Church wanted to use this opportunity to bring the Church in Malabar under the supremacy of Rome. A powerful Archbishop Alexio-de-Menezes arrived in Goa in 1592. He then convened a Synod at Udayamperoor, south of Ernakulam, in the year 1599, called the Synod of Diamper for commandeering obedience to the supreme Bishop of Rome. The representatives sent from various congregations were forced to accept the decrees read out by the Archbishop. Thus the Syrian Christians of Malabar, (the Malankara Church) were made part of the Roman Catholic Church under the Pope. The Malankara Church was under Roman Empire for half a century. But many smarted under the Roman Yoke. Gradually the power of the Portuguese empire declined and the Christians yearned for regaining independence. They tried to get a prelate from one of the Eastern Churches to lead the people out of this torpid state of affairs. And when their efforts were proved futile, they declared their independence and shook off the Roman supremacy after 54 years of submission, with the ‘Oath of Coonen Cross’ in AD 1653. That was a historic event, which inscribed a new chapter in the history of the Church in Malabar. What they wanted was to remain loyal to their ancient faith and traditions. Their dream was finally materialized when their Archdeacon, Thomas by name, was duly consecrated with the title ‘Mar Thoma’ in 1665 by Mar Gregorius of Jerusalem who was associated with the Jacobite Patriarchate of Antioch. Thus the Episcopal continuity was restored with Mar Thoma I as the first Indian Metropolitan. Thus began the relation of the Syrian Church with the Antiochene Jacobites. Because of the relationship with the Syrian Church, the Church in Malankara (Malabar) was also known as Syrian Church of Malabar. The throne used for this consecration in 1655 is still in the possession of the Mar Thoma Church and kept in the Poolatheen, the residence of the Malankara Metropolitan at Tiruvalla. It has been used in the installation of every Mar Thoma Metropolitan, to this day, so that the continuity of the throne of Mar Thoma is ensured. Thereafter, Ten Bishops with the title of ‘Mar Thoma’ were consecrated who held ecclesiastical authority over the Malankara Church from 1653 to 1843. Of the ten Bishops, four had assumed the title Mar Dionysius. During the time of Mar Thoma VI, who took the title of Dionysius I, Mar Gregorios, a foreign Bishop consecrated a new Bishop with the title Mar Koorilos. Mar Dionysus raised objections and Mar Koorilos had established his seat at Thozhiyoor, near Kunnamkulam on the British Malabar border. This Church continued as an independent church from that time. This Church maintains cordial relations with the Mar Thoma Church, especially for inter-church consecration of Bishops even on date. By this time, Malankara Syrian Christians had developed close relations with the missionaries sent from Church Mission Society in London. But soon seeds of misunderstanding were sown and cracks appeared in their relationship. This gap widened and ultimately resulted in their parting of ways. With the converts they gained and with the Syrians who joined them eventually, a branch of the Church of England known as the Diocese of Travancore and Cochin was formed (1879). But that was not the end. There was a nucleus of people in the church who longed for the removal of unscriptural customs and practices which had crept into the church over the centuries. They envisioned a reformation in the Church in the light of the Gospel of our Lord. There were two outstanding leaders in this group, one was Palakunnathu Abraham Malpan of Maramon (1796-1845) and the other, KaithayilGeevargheseMalpan of Puthuppally (1800-1855). Both were teachers in the Syrian Seminary (established in AD 1813 by Pulikottil Mar Dionysius) and had opportunities to come into close personal contact with the missionaries and to share their insights regarding the Christian life and the nature and functioning of the Church as depicted in the New Testament and to imbibe the ideas of the Western Reformation. The group led by these two was very much concerned about the need of a revival in the Church. 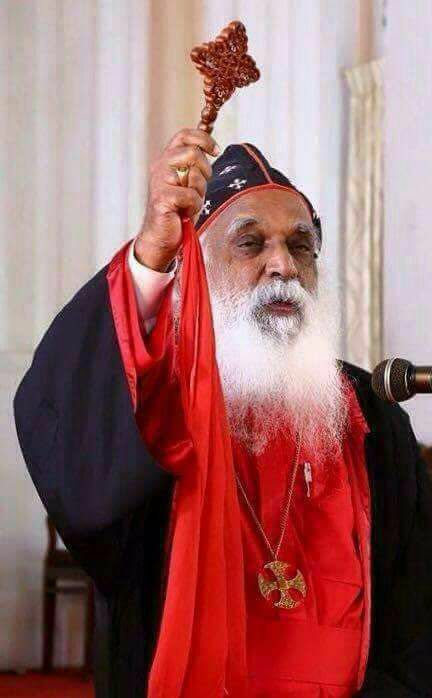 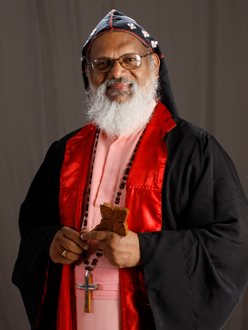 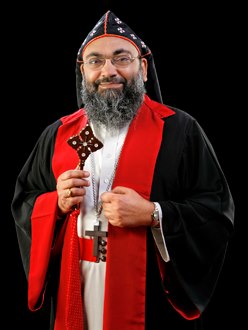 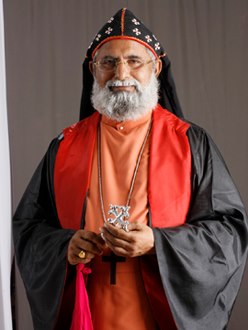 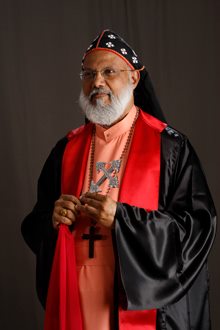 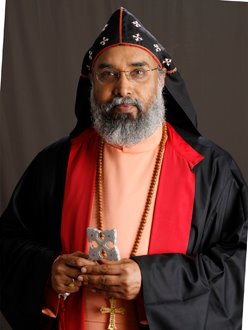 Visits corroborating the existence of the Malabar Christian Church

The rulers of Kerala, in appreciation of their assistance, had given to the Malankara Nazranis, three deeds on copper plates. Five sheets of them are now in the custody of St. Thomas Christians. 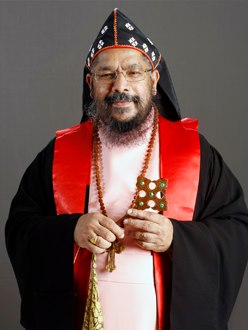 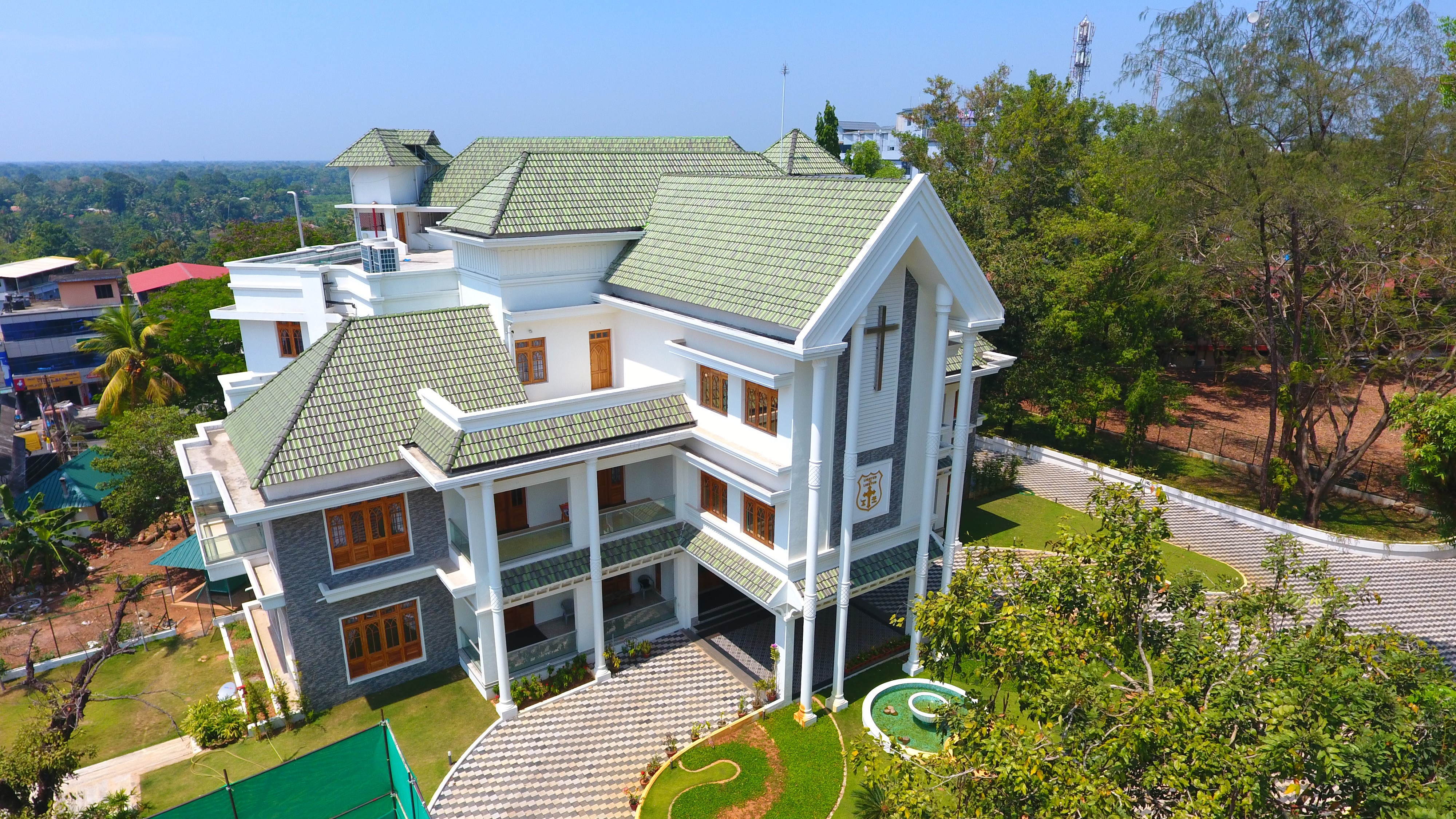 In 1806, Rev.Dr. Claudius Buchanan, an Anglican missionary visited Malankara during the reign of Marthoma VI. With his help, the Bible was translated from the original Aramaic into Malayalam and was distributed to the parishes. But, soon after his meeting, representatives of the parishes met at Aarthattu church and declared (Aarthattu Padiola) that the Malankara Church should not follow the teachings of the churches of Rome or Antioch or any other foreign churches. This meeting is considered to be the beginning of 'Purification Movement' in Malankara Church. By 1811 Bible was translated into Malayalam (known as Ramban Bible) and people began to read and study the Bible, they realized that it was necessary to follow the Biblical teachings and to reform the Church. So Punnathara Mar Dionysious (Mar Thoma XI) convened a meeting of representatives of the Malankara Church at Mavelikkara, on December 3, 1818. In that meeting a committee was appointed to recommend reforms in the Church. Abraham Malpan, Kaithayil Geevarghese Malpan, Eruthikkal Markose Kathanar, Adangapurathu Joseph Kathanar were members of this committee. This was the first step in carrying out Reformation in Malankara Church. Cheppad Philipose Mar Dionysius (Mar Thoma XII) did not like the interference of the Anglican Missionaries. So he convened a Synod at Mavelikkara on January 16, 1836, in which the Synod declared that, “We, the Jacobite Syrians are under the rule of the Patriarch of Antioch.” Abraham Malpan and his supporters did not attend this synod

On September 5, 1856, the reformation was planned. Strategy was determined by a group of 12 senior clergy under the leadership of Abraham Malpan. They issued a letter describing what they believed were the wrong teachings and a statement listing twenty-four practices of the Church which they believed were "evil" and had crept in by its association with other Churches and religions.The principal reforms were: Gave first preference to the Open Bible. Worship services including Holy Communion were conducted in the mother tongue, Malayalam. Holy communion was not celebrated when there were none to receive. Mandated that Communion under both kinds should be distributed separately, during Holy Communion Prayers to the saints and prayers for the dead were discarded. Auricular confession was discontinued. Icons, pictures, statues, and drawings of saints were removed from homes, churches, and places of worship. Changes were made in the liturgical books accordingly.

Abraham Malpan on Sunday, August 27, 1837 conducted the Holy Communion service in Malayalam at his home parish at Maramon. Clergy, who supported him also did the same thing in various other parishes on the same day. Every year on the first week of October, there was a church festival at Maramon, connected with a saint who died in 1685 at Kothamangalam. During that time a wooden image of that saint (they called it ‘Muthappen’) was taken around in procession and people used to venerate that saint by offering prayers and ask for intercession. In 1837, Abraham Malpan took the image and threw it into a well saying, “Why consult the dead on behalf of the living?” (Isaiah 8:19). So when the festival came there was no image to be taken out for procession. The use of the revised liturgy and the changes he brought about in practices offended Marthoma XII. So deacons trained under Abraham Malpan were refused priesthood. But Abraham Malpan was not disheartened. He continued with the reforms. He returned to Maramon. Many of his students joined him to continue their studies. All those who believed that the Church need to revitalize also joined him. Members of parishes in Kozhencherry, Kumbanad, Eraviperoor, Thumpamon, Elanthoor, Kundara, Kottarakara, Mavelikkara, Mallapally, and many other places made trips to Maramon to attend the service in Malayalam and listen to his sermons. Doors were also opened for reformation in other places by clergy who supported him. At this stage he had three choices in front of him. Repent and go back to the old beliefs under Antioch; join the Anglican Church with western beliefs; or go forward with the reformation restoring the Church to what he thought was its pristine position. He selected the third one. Abraham Malpan died in 1845. Mathen, a nephew of Abraham Malpan also followed his uncle’s steps. He went to Antioch and returned consecrated by the Patriarch of Antioch with the title Mathews Mar Athanasius Metropolitan. After Cheppattu Philipose Mar Dionysius abdicated due to ill health, to collect the interest of the Vattipanam (Fixed Deposit), Mar Athanasius was approved as Malankara Metropolitan by the governments of Kerala and Cochin on August 30, 1852. Mar Athanasius published the liturgy without the prayer to St. Mary. He consecrated Ouseph Mar Koorilos, Metropolitan (bishop) for Malabar Independent Church These actions angered many clergy and Pulikkottil Ouseph Kathanar went to Antioch in 1864. He returned as Joseph Mar Dionysius in 1865.


Independence of the Church

During the time of Thomas Mar Athanasius Metropolitan, Joseph Mar Dionysius demanded the possession of the seminary and the control of assets of the Church. Mar Dionysius and his supporters filed a case on March 4, 1879. (Case O.S.No. 439 of 1054). During the course of a litigation (1879–1889), answering a question Thomas Mar Athanasius Metropolitan said, “ The Episcopal throne of Patriarch is the throne of St. Peter, while the throne of Malankara Church is that of St. Thomas. Malankara Church is as old as the Church in Antioch, equal in status, and both are independent.” During a meeting convened by the Maharaja of Travancore, before the final verdit was given, Mar Athanasius testified that, Malankara Church was never under any foreign rule and that he was unwilling to move away from the teachings or give the authority and Church possessions to a foreign Patriarch.

Malankara Church was never under any foreign rule and give the authority and Church possessions to a foreign Patriarch.